Uganda Martyrs Shrine Namugongo is a Church of Uganda historical site under Namirembe Diocese where the brutal murder of 25 Anglican and Catholic took place under the command of Kabaka Mwanga the 2nd between 31st January 1885 and 27th January 1887. Below the Church of Uganda Martyrs Memorial Chapel are the remains of the 13 Anglicans and 12 Catholic martyrs who were buried there. The Martyrs Shrine also acts as the Parish Church of Namugongo and every Sunday Christians gather for prayers.

At this site every 3rd June the Church of Uganda commemorates the martyrs who gave their lives for their faith and one is true to argue that their refusal to denounce Christianity is the reason why Uganda is a predominately a Christian country. People emulated their act which challenged many to turn to Christ and this explains why every 3rd June thousands of Christians from all corners of Uganda and beyond honors the heroes of our faith and religion through prayers, fasting, intercessions, healing and deliverance, praise and worship as well as helping the vulnerable and disadvantaged members in the society.

At the same site, there’s a historical spring or well where the chief executioner ( Mukajjanga) who over saw the killing of the Martyrs would undertake the ritual to cleanse and clean their instruments after the brutal slaughters of the martyrs. Thousands of pilgrims fetch this water with strong belief that it has healing powers due to the blood of martyrs poured there.

The famous torture tree named Ndazabazadde which is translated as “the woman’s fate that delivers to only lose their offspring” where the martyrs were tied and tortured is also at this site. For any Christian, researchers and students, this site is a compulsory visit. Believe me you will learn a lot when you go there. 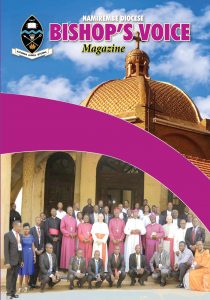